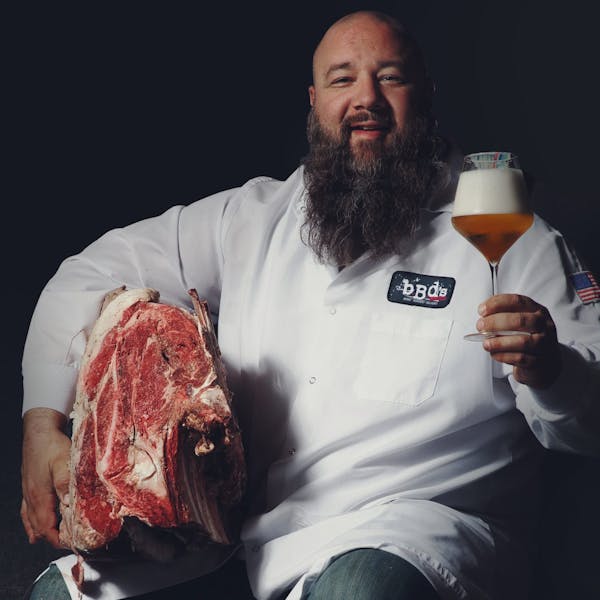 Descended from a lineage of culinary luminaries, Chef Ralph Perrazzo was destined for a career in the food & beverage industry. His grandfather and namesake, Ralph Dacchille, emigrated to Brooklyn, N.Y. from Bari, Italy at 16 years old and became a legendary bartender at the iconic Biltmore Hotel as a charter member of the NYC Bartenders Union. Perrazzo’s uncles, Joe and Rocco, were also in the industry with Joe tending bar at The Pierre for nearly 60 years, serving presidents, politicians and celebrities, and Rocco carrying 100-pound blocks of ice to families and stores in the borough, becoming a successful ice business owner.

As a child in Long Island, Perrazzo watched his grandfather make martinis for his grandmother and great-grandmother while they prepared dinner for the whole family. This natural culinary school and gift to be around exceptional food further cemented his passion to pursue in his family’s footsteps. His thirst for ingenuity has taken him to some of the most celebrated restaurants, working with the top professionals in the industry worldwide and earning universal recognition and respect from the media and his peers.

At the age of 14, Perrazzo officially joined the industry as a dishwasher at a local restaurant, working his way up to line cook. After graduating from the prestigious Culinary Institute of America in New York City, he was offered a cook position at the Michelin-starred Jean-Georges at only 19 years old. While there, he climbed the ranks through different positions, including learning pastry arts under Chef Eric Hubert who fostered his creativity. In 2004, he was recruited to Bradley Ogden at Caesars Palace in Las Vegas, which won a James Beard Award for “Best New Restaurant”. With his passion for pastry shining, he was named a “Rising Star Pastry Chef” by Star Chefs his first year in the kitchen.

Years later he accepted an opportunity at PURE Management Group as corporate executive pastry chef, overseeing operations at several award-winning concepts, before traveling back east to Boston to work at Ken Oringer’s flagship restaurant Clio, conceiving desserts that you still see on menus in Boston.

While pastry was Perrazzo’s forte, his natural attraction to the beef industry and meat fabrication couldn’t be bridled. Having grown up around butcher shops and Italian pork stores, he was constantly experimenting and developing new techniques with meat cuts, such as taking pork cheek fat to make uniquely high quality homemade emulsified sausages.

Over the years, he developed and maintained meaningful and long-standing relationships with the country’s top meat purveyors and ranchers. He worked side-by-side in development, testing on muscle performance, creating flavor profiles with different percentage blends of whole muscle and fat for each style and cut and ascertaining the best possible application at a restaurant level. With mutual understandings of the heart, soul and true passion necessary to succeed in the field, he truly considers his liaisons in the meat business as family.

Along the journey, Perrazzo decided it was time to create his own concept with his three loves, so he opened bBd’s – Beers Burgers Desserts in Rocky Point, N.Y. in 2013. Serving original takes on regional specialty burgers and old-time classics using the highest quality prime beef, the restaurant quickly garnered fandom and critical acclaim including “Top Three Best Restaurants in Long Island” by USA Today, “Top Burger Joints of America” by Burger Business and a writeup in The New York Times, stating he was upping the “better-burger ante.” Dubbed the “mad scientist of burgers” by Newsday, Perrazzo was crowned Burger Bash Champion at the New York City Wine & Food Festival in 2015.

In 2018, he brought bBd’s to Las Vegas, expanding on his dedication and commitment to offering only the best meat with a custom-designed butcher room furnished with specially designed meat processing equipment allowing him to butcher, ground, patty and hand-process every single protein from start to finish. With his attention to detail and high-level of execution, Perrazzo has perfected the capability to serve optimum tastes and textures and an unrivaled meat-eating experience.

The praise followed, including “Best Restaurants in Las Vegas” by Thrillist, “Best New Restaurants” by Las Vegas Weekly, USA Today 10 Best “New and Popular Restaurants” and “The Best Burger in Town” by Eating Las Vegas. Food & Wine called it “one of the best places to eat in Vegas” and Las Vegas Magazine lauded it as a “gastronomic sensation,” whereas David Magazine labeled it simply “bad ass beef.”

Beyond the burgers and meat program, bBd’s earned the Cask Marque Award, only the twelfth bar in the U.S. to be awarded the honor, “Best Ramen” by Las Vegas Review-Journal and “Best Eclectic Beer Menu” by Las Vegas Weekly. 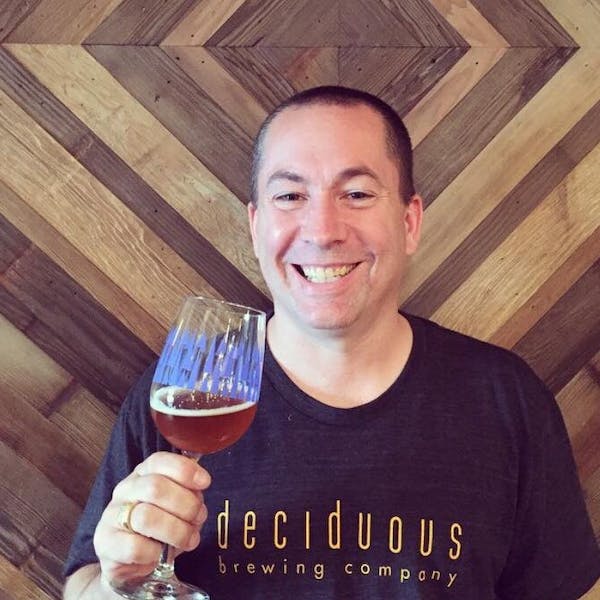 Having received his BS from Florida International University in Hotel & Restaurant Management, Mike has held nearly every position on offer in that field from busser to line cook to hotel management. Mike comes to bBd’s from Tørst in Brooklyn, NY where he was the Beverage Manager for over 5 years. Over the course of that time, Tørst was consistently recognized by Ratebeer.com as a top global beer destination. It was also recognized with a Michelin star for its restaurant, Luksus. Further, in 2015, Tørst was honored to make the James Beard Award semifinalist list for Outstanding Bar Program. Mike has also worked closely with Jeppe Jarnit-Bjersgø of Evil Twin Brewing in the role of Export Manager where he was responsible for selling Evil Twin’s beer in over 30 countries and opening new global markets. He also collaborated with Jarnit-Bjersgø and Phaidon Press to create a book, titled “Where To Drink Beer”, a global guide to the best places to find and drink craft beer.